Who can participate in Recreational League soccer?
The league serves kids from ages 4 to 19, see the Division Ages Table for eligible ages. A child requires no previous experience to play. And a player does not have to be a Fullerton resident.

When does the season start?
There are two seasons; Fall and Spring.

Where will my player practice and play? (Fall)
It depends on the age and who the coach is. Generally, the teams practice at a school or park close to where the coach lives or works in Fullerton. The games are played at schools and parks within Fullerton. Check our Fields page for a list of locations.

When will my player practice and play? (Fall)
It depends on the age and who the coach is. Generally, the teams practice on Monday / Wednesday or Tuesday / Thursday close to where the coach lives or works in Fullerton. The practice times are usually 4:00 to 5:30 for the younger divisions, 5:30 to 7:00, and 7:00 to 8:30 for the older divisions. The games are primarily held on Saturday and some games at night or on Sunday (after 12 noon), usually at the same location, and game start times are generally set between 8am and 3pm.

What equipment do I need for my children to play soccer?

Does my child have to try-out?
No, every player registered by the last regular registration date is guaranteed a place on a team. All U9 - U14 new players to our league must attend a “rating” session, where they are assigned a rating based on their ability to play soccer (all players are rated 1, 2, 3, 4, or 5). When the teams are formed, they are balanced to ensure that each team has an equal amount of like rated players.

When are the teams formed?
Teams are formed in late-June. The coaches will notify you of your childs placement between the last week of July and first week of August.

How are teams formed?
Most teams are formed by a “blind draft” procedure, utilizing a computer model. The exception is the older teams, (division 1, 2 & 3 – U14 through U19) which are selected in an “open draft” procedure, where coaches select players by name in rounds alternating order.

How are coaches selected?
All of our coaches are volunteers that express their desire to coach by notifying the Director of Recreation. They are required to fill out a “Request for Live-Scan Form” and get clearance by our State Association (CYSA-S: Cal South). Each coach must be fingerprinted by the State Association. Safety of our players is #1. Most coaches are parents like you that want to spend time with their children.

What if I do not know a lot about soccer and want to coach a team?
No problem, as we can provide you with the necessary information and training to make this season fun and rewarding for all.

Can we switch teams after they are formed?
The league policy is that no switches can be accommodated. Due to the large number of players and teams, it would be impossible to run the league with any success. We do however allow players to be removed from the team they were assigned and placed on the waiting list. If a team needs a player with a similar rating as your child, it may be possible for them to be placed on that team. However, there is no guarantee that this situation would be any better. Wait list players are not guaranteed a place on a team; they will only be placed if an opening arises.

What is the wait list?
The wait list is where we put players that register after the cut off date for guaranteeing a player’s placement on a team. This list does not ensure that your child will play. We use this list to complete rosters with openings or to replace players that drop out of our league.

What if I cannot make the times or days the coach chooses for practice?
Historically, teams have worked together to provide transportation where needed. See "Can we switch teams after they are formed" above.

If things don’t work out, can I get a refund?

What is Competitive League soccer?
The Fullerton Rangers is a comprehensive soccer club that provides various levels of competition. Our club program provides some of the best coaching and skill development in Southern California. We support a team in each age bracket (U9-U19), both boys and girls, to compete with other teams from Southern California. These teams are selected through a try-out with each team. More information can be found under the Competitive section of our website, or by contacting the coach directly searching our website team listings. Our coaches strive to obtain the highest level of coaching licenses available, in some cases, National Licenses (USSF A, B, or C).

What is Signature League soccer?
This is a league developed by our state association, California Youth Soccer Association–South (CYSA-S) designed to be an intermediate level of play between competitive and recreational soccer. The Fullerton Rangers will be supporting teams in the under 9 to under 15 age brackets, both boys and girls. The teams are selected through a try-out session held in April/May. More information can be found under the Signature section of our website.

Where can I find out all there is to know about the Fullerton Rangers? 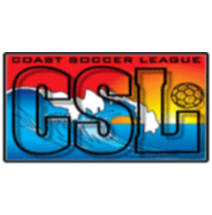 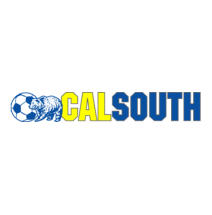 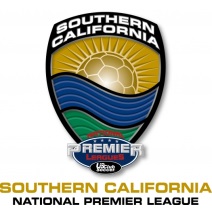